IQOS has been approved for sale in the United States, more than two years after Philip Morris submitted a premarket tobacco application to the FDA. The PMTA was submitted in March 2017, along with a modified risk (MRTP) application, which the agency has still not acted upon.

Although the application was submitted by manufacturer Philip Morris S.A. (a division of Philip Morris International — PMI), IQOS will be sold in the U.S. by Altria Group, the nation’s largest cigarette manufacturer. Its Marlboro brand is the single most popular American cigarette brand.

The FDA marketing order for IQOS represents the first approval of a PMTA for any inhalable consumer nicotine product. (The only previously approved PMTA was for several snus products made by Swedish Match.) No vape manufacturer has yet submitted a PMTA for a traditional vapor product.

While news stories often confuse them, IQOS is a heat-not-burn tobacco product, not a vaping product that uses e-liquid. The IQOS “Tobacco Heating System” has three main parts: a handheld device, a charger, and small tobacco-filled sticks (called HeatSticks or HEETS) that are heated by the device to a temperature high enough to vaporize the tobacco, but too low to cause combustion. The tobacco is not burned as it is with cigarettes, and no smoke is created. Heat-not-burn (HNB) products are also sometimes called tobacco heating products.

Scientific studies have proved that IQOS is much safer than smoking, delivering fewer toxicants than combusted tobacco. It is generally accepted that IQOS is not quite as safe as modern vaping products, which contain no tobacco. Nevertheless, HNB devices like IQOS could provide a huge public health benefit if adopted by large numbers of people who currently smoke cigarettes. In Japan and South Korea, where IQOS has been available for several years, HNB devices have been credited for huge reductions in cigarette sales.

IQOS and other HNB products are unlikely to compete with e-cigarettes for the business of existing vapers. The experience and flavor of heated tobacco is much closer to smoking than to vaping, and the retail price of the HeatStick refills is expected to mirror the price of cigarettes. Because the FDA technically classifies the HeatSticks as cigarettes, Altria will be subject to taxes and fees on the refills similar to those on cigarettes, and prohibited from advertising on TV or radio.

According to the FDA, “While today’s action permits the tobacco products to be sold in the U.S., it does not mean these products are safe or ‘FDA approved.’” But despite the FDA’s protestations, most people will probably believe that the marketing order does confer an endorsement by the health regulator, and wonder why vaping products aren’t also “FDA approved.” And the FDA may use the approval as an example of how its tobacco regulatory system is fair to manufacturers. 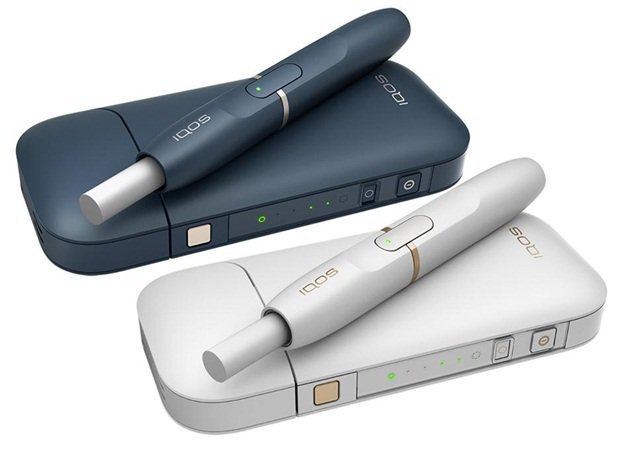 While the FDA’s decision may seem encouraging for vaping manufacturers considering their own PMTA’s, the details don’t offer much hope. The FDA took four times as long to approve the IQOS application than the agency’s guidelines promise. No vaping company could afford to put its business on hold for two years waiting for FDA approval (which is not guaranteed). Of course, no vaping company has cigarette sales to fall back on if its PMTA is delayed or denied; PMI and Altria had the ultimate “Plan B” if IQOS was not approved for sale.

In addition to the excessively long wait for FDA action on an application, the high cost of submitting a PMTA would prevent all but a very few vaping manufacturers (probably just JUUL and the major tobacco companies) from submitting an effective application. None would be able to afford the extensive research and analysis PMI gathered for its IQOS application. The tobacco company has reportedly spent billions of dollars on its PMTA and MRTP submissions.

Finally, the FDA has determined that IQOS is unlikely to appeal to a significant number of non-smoking youth. It is almost impossible to conceive that this federal agency — whose recently departed commissioner helped to foment a moral panic over youth vaping — would, at this time, find any vaping product to be “appropriate for the protection of public health.” Even for IQOS, the FDA marketing order includes restrictions on marketing and advertising and demand for extensive postmarket surveillance to be sure it doesn’t become popular with teenagers.

“Unless the FDA’s regulatory system is reformed, no one but the largest of tobacco companies will ever get a vaping product through the FDA’s premarket approval process,” says American Vaping Association President Gregory Conley.

PMI has recently begun using the IQOS name as a brand, applying it to its non-tobacco reduced-risk products too, like the vaping device IQOS Mesh (which isn’t sold in the U.S.). According to PMI, reduced-risk products accounted for about 14 percent of its worldwide sales last year. The marketing approval issued yesterday is only for the IQOS Tobacco Heating System, which includes the IQOS device itself, Marlboro HeatSticks, Marlboro Smooth Menthol HeatSticks, and Marlboro Fresh Menthol HeatSticks. It doesn’t apply to all PMI products using the IQOS brand.

Altria says it will test market the IQOS products in the Atlanta, Georgia area before launching them nationwide.

Learn What Vaping is and How to Inhale Properly

The Potential Side Effects from Vaping

JUUL Wants to Promote Itself as a Quit-Smoking Product

Vaping 101: How to pick the perfect PG/VG ratio for vaping the tastiest e-liquids

CDC says U.S. smoking lowest in history; so why is the FDA trying to destroy them?